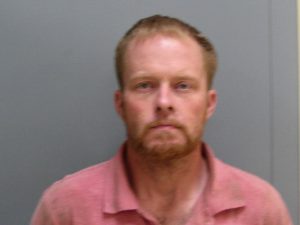 The case was scheduled for trial the week of Feb. 22 at Darlington General Sessions Court.

The incident occurred in the Hartsville area of Darlington County on June 3, 2019.  During the plea, Judge Michael Nettles heard how Hendricks broke into the Jeep dealership located on Highway 151. The defendant was caught on surveillance cameras, and officers with the Hartsville Police Department responded along with the Darlington County Sheriff’s Office. Upon arrival, HPD officers caught him actively trying to flee.

During the pursuit, Hendricks fired shots in an attempt to evade arrest, placing officers’ lives at risk of harm. Hendricks was ultimately apprehended with the assistance of the Florence County Sheriff’s Office K-9 unit. Hickman was sentenced by Judge Nettles to 15 years’ incarceration for burglary and a consecutive five years for assault and battery.

“Law enforcement officers place their lives at risk every day to protect this community,” said Rogers. “Violent offenders like Robert Hendricks must be incarcerated to protect everyone, from the victims whose lives and livelihood are violated, to our brave officers who meet the threat head-on.”

Hendricks will serve his sentence in a facility determined by the South Carolina Department of Corrections.  The crime is classified as violent and serious.  This case was prosecuted by Assistant Solicitor Monty Bell.