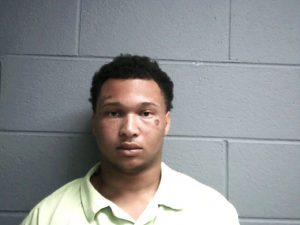 Arrest made in Cheraw shooting

The Cheraw Police Department has just announced the arrest of 20-year-old Josiah David Reid of Cheraw for the March 2 shooting in the Dizzy Gillespie apartment complex that resulted in the death of 21-year-old Yosuha McManus.

Reid has been charged with murder and possession of a weapon during a violent crime.

Read the full account in the March 9 issue of The Link.