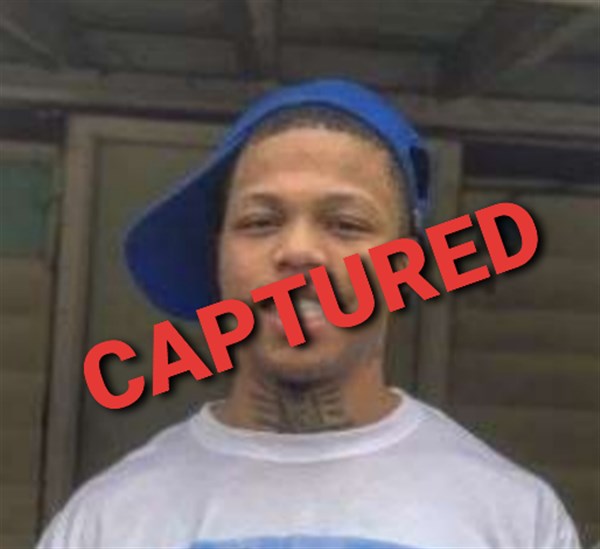 Sheriff’s office captures one suspect, looks for another

Deputies with the Chesterfield County Sheriff’s Office took Dennis Dashawn Stewart into custody today without incident at his residence, located at 31 Cleveland St. in Cheraw.

Stewart was wanted in connection with a shooting that occurred Sunday, May 17, in Myrtle Beach. Stewart will be transported to Myrtle Beach where he will face charges of attempted murder.

Sheriff James “JD” Dixon thanks the citizens who provided tips in Stewart’s capture.

The Chesterfield County Sheriff’s Office is asking the public’s help in identifying and locating the person who robbed the T&T Country Store in McBee around 6:15 p.m. Monday, May 18.

The suspect is an African American male. He was wearing dark clothing and a maskand was armed with a handgun. He left on foot behind the store.

The CCSO bloodhound team responded and searched the area.